The environment secretary George Eustice was on a high with his big announcements from Delamere Forest in Cheshire on 18 May.

He grandly promised ‘to halt the decline of nature’ with a ‘legally-binding’ target for species abundance (to be defined) by 2030, restoration of 35,000 hectares of peatland by 2025, and woodlands expanded to cover 12 per cent of England by mid-century. Fine words, but there was precious little said about people.

There was the pledge of an England-wide plan for ‘improving access’ to woodland, including at least three new community forests totalling 6,000 hectares around towns and cities by 2025—a tiny fraction of the 1.6 million hectares needed to cover 12 per cent of the country. 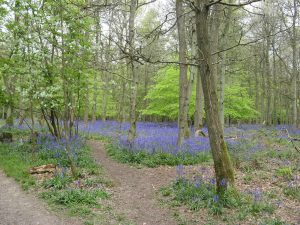 Back in 2015 the government’s independent advisers, the Natural Capital Committee, urged that woodland should be planted around towns and cities, but nothing has been done. Yet this is just what is needed because such woodland, as the committee said, generates high recreation benefits and delivers a massive net economic reward. On the other hand, woods planted on low-grade farmland (which can more easily be achieved, by paying farmers) are an economic loss.

It is of course likely that any new access to woods will be permissive rather than by right, and thus of limited value. We know how easily such access is lost. In 2010 environment ministers withdrew financial support for permissive access in agri-environment schemes and 58,500 kilometres of paths disappeared—one and a half times around the globe.

That’s the problem with permissive access, it comes and goes. We need a legal right to roam through woodlands.

And we also need the latest agricultural funding schemes (in England and Wales) to provide permanent new and better access close to people’s homes, with strong enforcement against those farmers and landowners who flout the law on paths. This is still far from guaranteed.

The crunch question to George Eustice was how do we get a joined-up approach from government? Defra (the Department for Environment, Food and Rural Affairs) makes promises. On the ground we have HS2, the £27-billion road programme, and the wrecking of the planning system—all set to destroy Defra’s plans, along with ancient woodlands, green spaces and treasured landscapes.

Eustice’s reply, ‘we sometimes have to balance difficult judgments,’ was pathetic. Until government departments stop undermining Defra’s commitments, there is little hope of achieving them.

And government needs to listen to the voices of young people, such as Patricia Wittbom who champions green open spaces. It is their hopes which will be dashed unless government stops the wreckage.