We are celebrating Hertfordshire County Council’s addition of 1.66 hectares of Batchworth Heath, near Rickmansworth, to the common-land register thus securing the public’s right to walk and ride here and protecting the land from development. 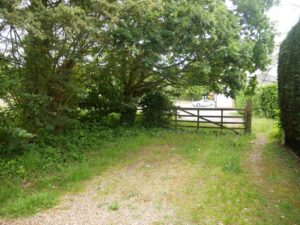 Common is land, originally, with rights of common, to graze animals or collect wood for instance, dating back to pre-mediaeval times.  However, the land is not recognised as common until it is included in the common-land register, and much land was omitted when the registers were drawn up under the Commons Registration Act 1965.  The Commons Act 2006 reopened the registers to some extent, enabling omitted land to be added to the register in certain parts of England, including Hertfordshire.  The society is running a project to rescue these lost commons.

Land on either side of Batchworth Lane has also been registered.  This land was formerly part of Batchworth Heath but was excluded from registration under the 1965 act because of an objection made at the time.

We are pleased that land which was formerly part of this lovely common has been restored and its future secured.

Says the society’s commons re-registration officer, Frances Kerner: ‘This was my first application on behalf of the society and I am delighted that it has been approved.  There are more in the pipeline.  The late Jack Candy, whose generous legacy to the society funds my work, would have been thrilled that his bequest has enabled the society to succeed in adding land to the commons register.’