We are delighted that a damaging plan to create a tarmac, vehicular accessway on Chesham Bois Common in the Buckinghamshire Chilterns has been withdrawn in the face of objections. 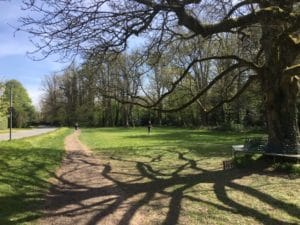 Because the accessway was proposed on common land, the church council sought consent for it under section 38 of the Commons Act 2006.  We are notified of all such applications and we objected, arguing that there was already a vehicular access to the centre and no need for two separate routes creating a one-way system.  The common is owned by Chesham Bois Parish Council which did not comment.

Buckinghamshire Council refused planning permission in January and the Parochial Church Council withdrew its application for works on common land.

We are delighted that this application has been withdrawn.  Chesham Bois Common is an attractive, wooded site and the accessway and adjoining development would have degraded it.  Common land is an important part of our history and culture and too often it is eroded for modern convenience.