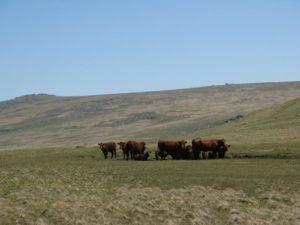 Because of the potential effect on common land, we have responded to a consultation from the Department for Environment, Food and Rural Affairs on proposals for new controls to reduce the risk of bovine TB transmission between cattle herds.

We have objected to the proposed amendment to remove the common land pre-movement testing exemption from the TB regulations. The effect would be that cattle could not be moved readily on and off the common, which would have a detrimental effect on conservation grazing and commons management. We believe that there is little evidence that there is a higher risk of contracting TB on commons than elsewhere and we consider that those farming on common land should not be faced with a disproportionately high level of testing when there is not a correspondingly high risk.

We have also commented that there needs to be some flexibility in relation to commons, so that, for instance, cattle could be tested after they have returned to the home farm if it is not possible to test them on the common.