We have urged the Planning Inspectorate to reject plans for seven wind-turbines in the beautiful countryside around Llandegley, five miles east of Llandrindod Wells, Powys.

The application, first submitted by Hendy Wind Farm Ltd in 2014, was refused by Powys County Council’s planning committee on Thursday 27 April. The developers have appealed to the Planning Inspectorate and there is likely to be a public inquiry.

The society has revealed that if the turbines are built they may be in breach of inclosure awards and therefore unlawful. 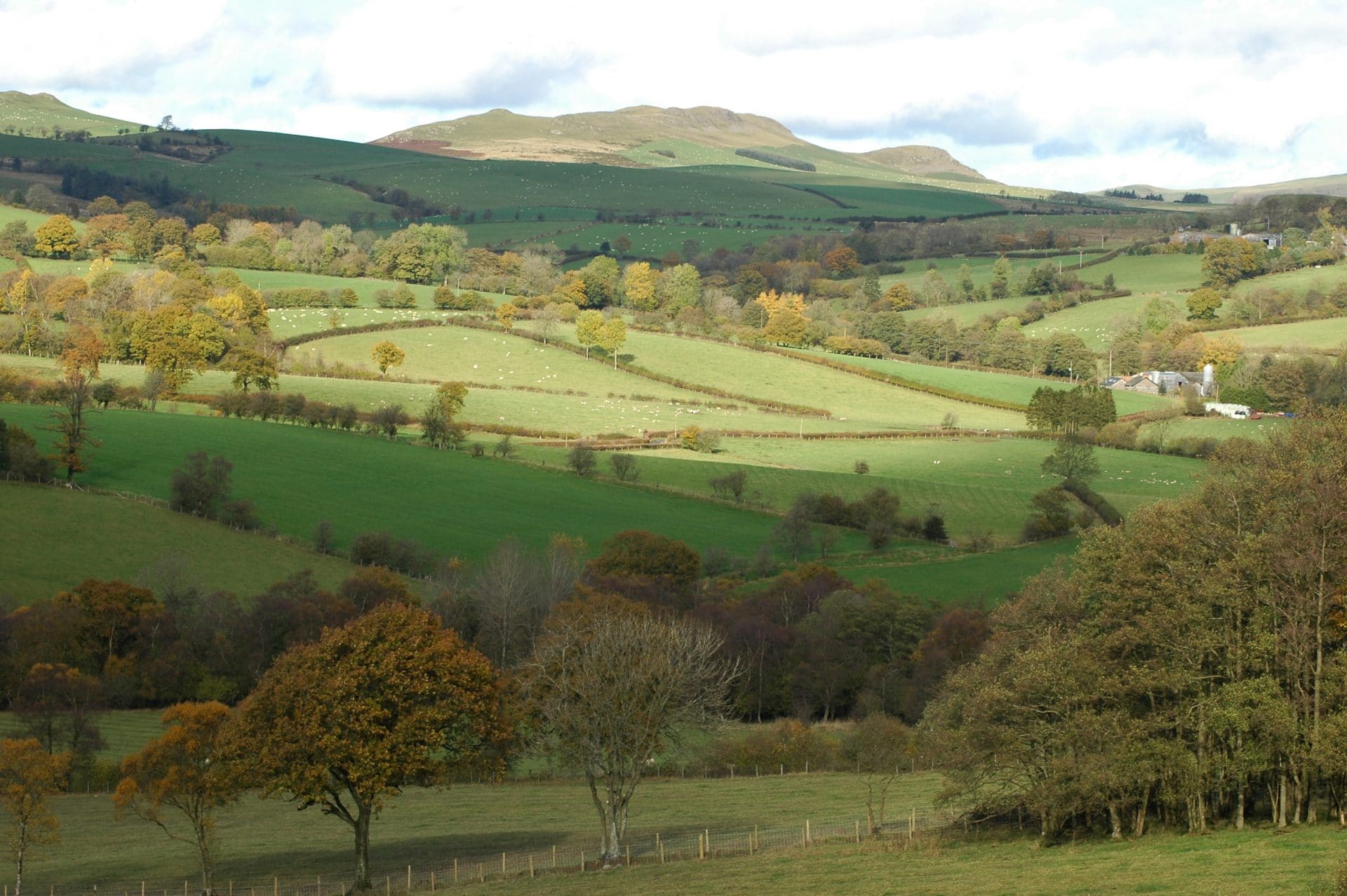 The land on which it is proposed to construct at least four of the seven turbines and their associated development is part of an area inclosed in 1885 by inclosure awards for Llandegley Rhos and Hendy Bank. These awards grant the public a right of access here and protect the land from injury. Clearly, it would be contrary to the awards to build wind turbines on the awarded land.

From the slopes and summit of Llandegley Rocks the view is breathtaking, with a glorious sweep which takes in the hills and mountains of Wales, including the Brecon Beacons to the south. This view would be utterly destroyed by the siting of wind turbines here and a massive area of great natural beauty and cultural significance would be irreparably damaged.

One can wander freely over Llandegley Rocks, and there are also several public paths. People walk and ride here because of the magnificent landscape and fine views.

The access track to the turbines would be sited on common land. The applicants would have to win consent from the Welsh ministers to deregister the common—and provide suitable land in exchange where the public does not already enjoy access. We doubt there is any such land in the area that would be eligible.

We have urged the Planning Inspectorate to reject the appeal, which is opposed by local and national organisations and the many individuals who love this unique place.