The Open Spaces Society has never aspired to be a large or complex body. It moves fast, without bureaucratic constraints.

For most of its existence it has been led by lawyers, but when Paul Clayden left in 1984 the committee appointed a campaigner—Kate Ashbrook, aged 29.

For 20 years (1989–2009) the Dorset historian Rodney Legg served as chairman of the society and as a member of the National Trust’s council. Rodney enjoyed stirring up the National Trust. He argued that it should publicise all its holdings on Ordnance Survey maps and buy land rather than stately homes. By the time Rodney retired from the trust’s council in 2010, he had succeeded in getting much trust land opened up and had gained respect from the council and staff.

Since the society has no branches it did not historically have representatives on the ground. In 1985 it formalised its loose arrangement of local correspondents, establishing guidelines and inviting members to apply for the voluntary role. Each candidate is interviewed and vetted to ensure he or she could be trusted to act solo. The correspondents are then free to respond to all the proposed path changes in their areas in accordance with tough guidelines—which are to object to path changes unless there is a clear public interest in the proposal. With only 40 or so correspondents, the society has never had full coverage of England and Wales. 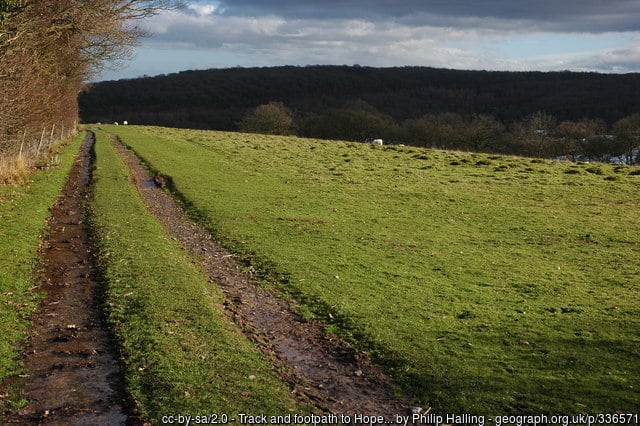 The society prides itself on going where others fear to tread. The result has been some high-profile stories. The following were in the society’s sights because of blocked paths or unpleasant path diversions: Nicholas Ridley (when Secretary of State for the Environment); oil magnate John Paul Getty II (Buckinghamshire); film producer David Puttnam (Wiltshire); composer Sir Andrew Lloyd Webber (Hampshire); guitarist Keith Richards of the Rolling Stones (West Sussex); the Rothschilds (Buckinghamshire); industrialist J.C. Bamford (Staffordshire); the Earl Spencer estate (Northamptonshire); and Eton, Harrow, Oundle and Uppingham public schools, to name a few. But most of the society’s objections were to unknown landowners and farmers.

In the 1990s the Ramblers revived the campaign for freedom to roam on open country, with the society’s whole-hearted support. Eventually, in 2000 the Labour government passed the Countryside and Rights of Way Act, giving access on foot to mapped areas of mountain, moor, heath, down and registered common land. The act required the public to claim areas of access land and the society, as it had done in the past for paths and commons, encouraged its members to do so.

Rodney Legg set a fine example by claiming more than a square mile of access land in Dorset and Somerset. But there were many disappointments: much downland was omitted because it was given an impossibly narrow definition.

Access was subsequently extended by the Wales Coast Path in 2012, while the Marine and Coastal Access Act 2009 is creating a path and adjoining spreading room around the English coast.

Managing the commons
Back to contents