The latest in our series of guidance notes about preserving unrecorded rights of way from extinguishment on the cut-off day, 1 January 2026, and challenging councils who have failed to make progress with definitive map change applications

In ‘Highways under threat, Challenging councils who have failed to make progress with definitive map change applications’, our vice-chairman Phil Wadey explained how to complain to the secretary of state if a council is failing to progress your modification-order applications—and why (for England) this action needs to be taken promptly.

In this guidance note, he gives a short update on a recent case. 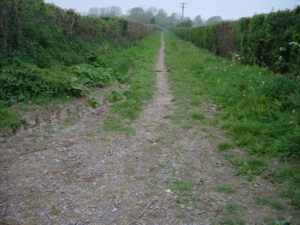 Green Lane, Ilminster, Somerset. The application was made in 2010. The secretary of state has directed that it be determined by 14 July 2017. Photo: Sarah Bucks

The Deregulation Act is likely to come into force in England in the next few months. When you apply for the addition of a path to the definitive map, the surveying authority is required to determine your application within 12 months. If it has not done so, you can apply to the Secretary of State for Environment, or Welsh ministers, for a direction to the council to determine the application.

Once the Deregulation Act takes effect in England, your application must be made to the magistrates’ court rather than the secretary of state. This is a drawback since current court fees are £205 to commence proceedings and £515 for a contested hearing.

So, if 12 months have elapsed since you certified to the council that you have told the owners and occupiers of your application, we urge you to apply now to the secretary of state for a direction to the council, and get in before the Deregulation Act comes into effect. The situation in Wales is less urgent.

For further information, download this new edition in our ‘Taking Action’ series in which our trustee Phil Wadey explains why, in England, it is urgent for applicants for definitive-map changes to challenge councils which have failed to make progress with those applications.

In the fourth of a series about preserving unrecorded rights of way from extinguishment on the cut-off day, 1 January 2026, our vice-chairman Phil Wadey looks at routes that call for investigation.

Highwoodhall Lane, Abbots Langley, Hertfordshire. Spotted as a route with public access but no longer to be found on the county’s list of streets in 2010. Restricted-byway status applied for on 20 September 2010. Photo: Phil Wadey

In the last three editions of Open Space we have considered how to take action in respect of evidence found for rights of way that are unrecorded or under-recorded on the definitive map of rights of way. However, some people have questioned whether there are any unrecorded rights of way, or have otherwise wanted to know how to find routes that ought to be investigated. Some readers have even suggested that there may be no unrecorded ways in a whole county: in my experience this is most unlikely.

In this article we consider some starting points for research. They will not all produce paths that can be added to the definitive map, but many will. Each case will, as ever, need to be considered on its merits once evidence has been collected.

In this, the third article of a series about preserving unrecorded rights of way from extinguishment on the cut-off day, 1 January 2026, Phil Wadey looks at the use of tithe and enclosure records as evidence of highway status.

We saw last time (OS autumn 2015 page 8) how to be systematic in examining the 1910 Inland Revenue (IR) valuation-maps and related records in order to extract the most information from them. The aim was to look at each document just once (and photograph it) and to record each feature that might or could assist in proving a highway (footpath, bridleway or byway).

In this, the second article of a series about preserving unrecorded rights of way from extinguishment on the cut-off day, 1 January 2026, Phil Wadey explains how to start a systematic search for routes.

There are of course many ways of starting a comprehensive trawl for unrecorded paths but, with so many possible approaches, those wanting to perform research often just need a single method to get going. As ever when researching, it will be necessary to keep good notes of what is found and to take photographs or copies of any records examined. I use an old Ordnance Survey Explorer map for noting any routes I find. I number these routes, so that I can refer to them when taking notes about what is seen on the historical documents. If you take good notes at this stage, whether handwritten or on a laptop or tablet, it will save much time later when you are compiling applications to modify the definitive map.

This article is a reprint from our Open Space magazine, Summer 2015, and is the first in a series on Taking action.

Our vice-chairman Phil Wadey explains how you can ensure that you will not be losing vital sections of path on the cut-off day, 1 January 2026 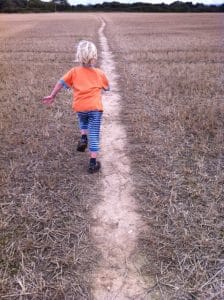 Section 53 of the Countryside and Rights of Way Act 2000 provides that footpaths and bridleways that existed on 1 January 1949 but are not on the definitive may on the cut-off day will be extinguished, suject to safeguards yet to be put in regulations. The cut-off was to take effect on 1 January 2026 preceded by an intensive quarter century of identifying and applying for routes to be added to the definitive maps. More than half that time has passed and it is now essential that we carry out research and make applications for unrecorded, or under-recorded, paths to be put on the definitive map of rights of way—or they will be lost for ever.

Three categories of path are particularly vulnerable because they may be wrongly assumed to be correctly recorded and so no one will make an application for their retention. These are: (1) paths shown on the Ordnance Survey map as ‘other routes with public access’ (ORPAs); (2) definitive map anomalies; and (3) routes straddling local authority boundaries. ORPAs are shown with green blobs on the OS Explorer maps and red blobs on the Landranger series.

What to do about overgrown paths

With cutbacks in local authority expenditure on public paths, overgrowth is an increasing problem. On this page, we recommend courses of action if you come across an overgrown path.