The Government has progressively reduced the amount of information available to the public on the web. Sometimes it has done this by rewriting guidance so that it is easier to understand — but sometimes it has just removed guidance altogether, either because it thinks there is insufficient interest, or because no-one is left to update the guidance, and it’s embarrassed to publish guidance which is out of date. Either way, the society believes that the Government is depriving the public of the information to which it is entitled. It has become guidance which the Government doesn’t want you to see — not because it’s top secret, but because it can’t be bothered to resource its publication.

Authorising structures (gaps, gates & stiles) on rights of way (October 2010): the guidance sets out Defra’s policy on structures on public rights of way and its view of the law.  It provides advice to local authorities on the use of their powers to authorise and improve gates, stiles and other structures on rights of way under ss.147 and 147ZA of the Highways Act 1980, particularly with regard to their use by people with mobility problems.  You can also find a commentary by the Pittecroft Trust to help understanding of the guidance via its website.  But you won’t find the guidance on the Government’s website, even though we have been assured that it remains current. 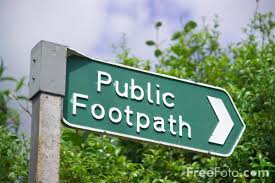 Guidance on local access forums in England (revised March 2009): this is guidance published by the Secretary of State under section 94(6)(c) of the Countryside and Rights of Way Act 2000. You may also find useful sections 94 and 95 of the 2000 Act (which require forums to be established in England and Wales by local highway authorities or, in National Parks, the National Park authority), the Local Access Forums (England) Regulations 2007 (SI 2007/268) which set out detailed arrangements for appointing forums. You can see the Government’s web pages about participating in local access forums and local authorities’ responsibilities towards local access forums — but you won’t find a copy of the guidance there, you must email for it instead!

Guidance on rights of way improvement plans: this is guidance published by the Secretary of State under section 61(4) of the Countryside and Rights of Way Act 2000. You may also find useful sections 60 to 62 of the 2000 Act (which requires highway authorities to prepare and review rights of way improvement plans). You can see the Government’s web pages about local authority rights of way improvement plans — but again, you won’t find a copy of the guidance there. Indeed, the then Minister, Dan Rogerson MP, wrote to local highway authorities on 30 June 2014 to say that the existing guidance was ‘consistent with current access objectives’ and there was ‘no need to update it at this stage.’ So it’s still up-to-date — but you won’t find it on the Government’s website, and again, you are expected to ask for it instead. We save you the trouble. You can pick up the Dan Rogerson letter here. 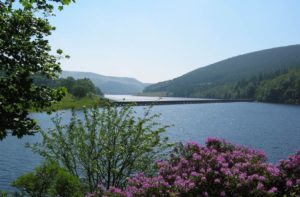 Code of Practice on Conservation, Access and Recreation — Guidance for the Environment Agency and Water and Sewerage Undertakers: this code of practice gives guidance to water undertakers, sewerage undertakers and the Environment Agency on matters which they should consider when carrying out their duties in respect of conservation, access and recreation in relation to their functions. It says (para.4.2) that, these bodies ‘should normally allow freedom of access to all land and water of natural beauty, amenity or recreational value. Access should be considered for the widest possible range of activities. …Wherever possible they should provide access by means of marked paths for walkers and, where appropriate, for other users, including equestrians and cyclists.’  And, (para.5.7) ‘Details of concessionary recreational and access arrangements should be notified to the Ordnance Survey’ — the intention being that permissive paths and other access can be marked as such on the Explorer Map. But there’s much more. The code was approved by the relevant Ministers in the Water and Sewerage (Conservation, Access and Recreation) (Code of Practice) Order 2000  (SI 2000/477) (the previous code, published in 1989, and not this one, was belatedly revoked by SI 2015/663,  art.2).

Do take a look at this guidance — it could be useful. For example, if you are dealing with proposals by a water company which affect recreational use of the countryside, refer to the code of practice, and see whether the company has taken sufficient account of the code in formulating its proposals.
Is permissive access granted by water companies and the Environment Agency marked on your local Explorer Map — if not, you could ask why not?

Vehicular access across Common Land and Town or Village Greens — guidance which Defra published in 2007 after the House of Lords decided that it was after all possible to obtain by long use an easement (a private right of way) to drive over common land to reach premises adjoining the common.  The government still publishes guidance online, but in a much condensed form: we think the 2007 guidance is much more helpful.  In our view, it remains up to date.