Green belts are a buffer between towns, and between town and countryside. The green belt designation is a planning tool and the aim of green belt policy is to prevent urban sprawl by keeping land permanently open; however, there is not necessarily a right of access there. There are 14 green belts in England and 1 in Wales. The National Planning Policy Framework (NPPF), most recently updated July 2021, contains specific reference to protecting green belt land (see Chapter 13, paras 137-151) in England.

Green belts are coming under increasing threat to meet the need for the supply of land for housing. 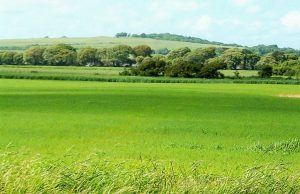 The role of Open Spaces Society

The society would normally only become involved where public access and enjoyment are affected. This may include a view from public-access land and/or public paths.

Protecting green belt land: What you can do

It is important to get involved at an early stage when possible changes to green belt are proposed:

1. respond to any local plan review which proposes a change to green belt
2. get involved in your neighbourhood planning forum
3. check and respond to planning applications